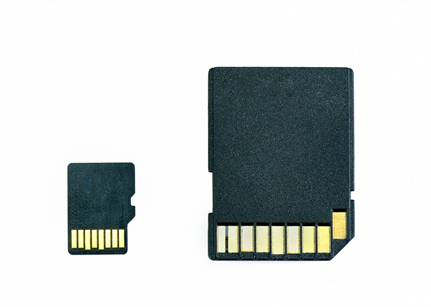 Do you need photos or video footage recovered of your family growing up, a wedding, a loved one or photos of unforgettable holidays?

Photo loss can be particularly painful experience for most people knowing that happy memories are potentially lost forever.

Drive Rescue has years of experience in the recovery of both .JPEG, RAW and .AVI files for both personal and professional users.

We perform data recovery on the following brands of memory card from cameras and phones. 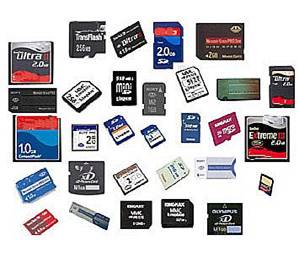 We can recover the following compressed files types:

We perform data recovery for a variety of raw image formats including: 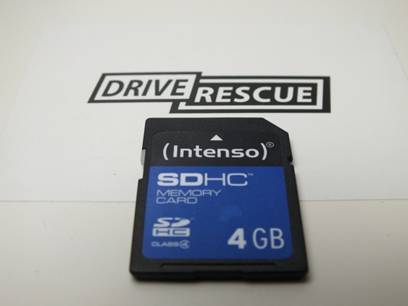 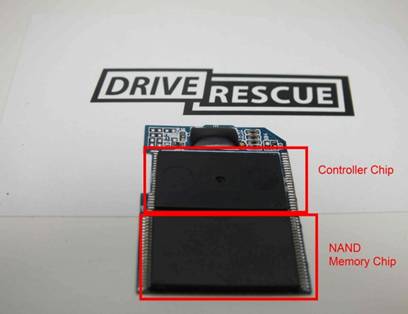 The standard SD Memory is comprised of a NAND memory chip, a controller and a PCB board.

The Controller chip contains Error Correction Code data, wear levelling information and bad block management software. It controls how the data on your memory card is stored and managed.

To find out more how ECC works with NAND Memory click here.

How did my camera card lose my photos?

There are several reasons why the data on your camera card can become inaccessible. These include:

Manufacturing Defects - These defects can be seen immediately (i.e. dead-on-arrival) or manifest themselves after a couple of weeks or even months. Typical manufacturing defects include card controller defects or NAND failure due to chemical impurities used in the manufacture process of chips. Manufacturing defects are becoming more prevalent with the pressure on manufacturers to get faster, cheaper and higher capacity camera cards to the market. Data recovery is possible on most factory defective camera cards.

Electro-Static Discharge - ESD is the transfer of electrical charge between to materials at different potentials. An everyday example of this happening is when a person walks across a carpeted floor and then touches a door handle. While this charge is harmless to humans it can be cause serious failure to sensitive electronics such as memory cards. An ESD strike will cause gate oxide failure of a memory card and damage the transistors onboard. For memory cards, ESD strikes can emanate from host devices such as cameras, phones and third-party readers.

Electrical Overstress (EOS) - Each camera card should be operated within the range of current, voltage and power limits as specified by the manufacturer. When a storage device is operating outside of these limits, electrical overstress can cause voltage damage, which in the case of a camera card, can destroy the PCB, controller and more worryingly, the actual NAND chip itself. While transient voltage suppressors onboard your memory device will help prevent EOS damage, they are only a preventative not a catch-all cure.

ECC Controller Failure - Over time, each camera card will develop what are known as bit errors. These are small errors that prevent blocks from being read and erased properly. In order to prevent this, your average camera card (as with most NAND technology) uses a process known as Error Correction Code which uses an algorithm used to "fix" bit errors on the fly. However, there are certain cases where ECC fails to fix these errors. As a result, this can mean that some or all of the contents of your memory card become inaccessible.. ECC Controller failures often happen because the controller fails to cope with thinner die sizes and higher bit-density rates used in modern camera cards.

Camera Functions - When using your digital camera, try not to use the function called "erase all images". Using the "erase" command can wreak havoc with the ECC algorithm stored on the card. We don't know why camera manufacturers keep on featuring this function on their devices. Our advice is to always "format" the card, not erase. Another caveat for safe erasure of images from your card is to not use your computer to erase images. Using your computer to erase photos from a camera card can again "confuse" the ECC algorithm. (If you're the owner of a Canon owner you will probably see the infamous ERR-99 message if you erase images using your computer too frequently)

Removing a Camera Card During Data Transfer - If you remove your camera or memory card during a data transfer operation you risk corrupting the file system. Always wait until the data transfer is complete. A good idea is to purchase a camera card reader that uses LED indicators to show when the data transfer has completed in full.

Finite Number of Read Write Cycles - Each camera card has a finite number of read/write cycles. Some camera card manufacturers claim their third-generation cards allow up to 100,000 read/write cycles. A tiny percentage of older first-generation low capacity camera cards require data recovery because they are worn out. But, it is more likely that some other failure will have been incurred before your card reaches the end of its manufacturer specified life-cycle.

Using a Camera Card Nearing Full Capacity - Camera cards which are reaching their full capacity (i.e. when over 90% of the addressable area is used) can easily become corrupted and require data recovery. A camera card that is nearing full capacity will more easily overwrite the headers and footers of your card's file system.

Swapping out Camera Cards between Different Cameras or Phones - Each camera or phone will read and write to your camera card in a slightly different way. Each camera will also change the ECC data on the card. When you use the same card in a second camera without formatting it first, you risk corrupting the card's file system. Always download images from your card and format it in the second camera or phone before using.

Prolonged Storage Periods - During prolonged storage periods, some memory cells lose data by a loss of voltage charge. In the same way that batteries will lose a charge after years of being dormant, memory cards lose voltages (their charges represent data bits) when not being used. Even though some memory card manufacturers give a theoretical usage life of their products of between 10 and 100 years, in storage it can be a lot shorter than this. Manufacturers never make the claim that their camera cards can be used for data storage for prolonged periods of time! 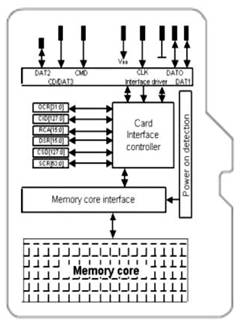 About six weeks ago I accidently put my Sandisk camera card through the washing machine and afterwards it worked fine. Now, none of my photos are accessible on it?

What has probably happened here is that oxidisation damage has occurred on the metal connectors. Not all oxidation damage is visible with the naked eye. Or possibly, the card has incurred damage to its controller chip. We offer a full data recovery service for both types of damage.

I have an SD card from a Samsung Android phone, can you recover the photos and contacts off this?

When I insert my camera card into my computer, I get the message "USB not formatted"

With this type of error message, it is possible the card has incurred logical damage. Most likely the file system or directory structure has become corrupted or erased. It may also be indicative controller damage. The host system can recognise the card but cannot properly access its data.

When I insert my camera card into my computer, I get the message "USB not device recognized"?

The "USB device not recogized" error message usually means that the host system can enumerate that the device connected is a mass storage device but it cannot identify what type of storage device. This can mean that the controller has failed. You can send or drop the chip to our Dublin city centre office for diagnosis.

I am trying to read a 4GB SD card on my Windows XP computer but cannot access it?

Your memory card reader is probably not SDHC compliant. Any camera card reader bought today should be able to read memory cards of 4Gb or greater in capacity. A new card reader should solve your problem.

I accidentally formatted my camera card using my camera. Can you recover data from it?

In most cases, camera cards wiped by using the format function of your camera can be recovered. If you have overwritten your card in the meantime, the probability of a successful recovery is reduced. 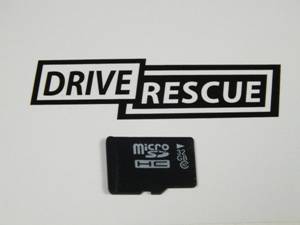 Figure 4 - A microSD card as used in Cameras and Phones

I've taken a MicroSD card from my phone and I need photos and contacts recovered from it. Can you help?

What can I do to prevent my camera card becoming inaccessible in the future?

Don't carry around your camera card in your pockets. Pieces of lint and other debris can get lodged in connectors causing a short circuit which can damage the delicate electronics.

Don't leave your camera card plugged into the card slot of your computer. A common occurrence we come across is that of users connecting their camera or memory card into their computer's memory card slot for a couple of days, leaving it connected and then discovering it is no longer recognised. Damage can be incurred by an ESD strike (Electro Static Discharge) or electrical overstress from the native media reader on your computer or a third party reader. Do not leave your camera or memory card plugged into your computer when not in use.

Do not use your camera or memory card as a long term storage device. Always make sure to transfer the data from your card to another backup medium. For example, storing your photos on archival quality DVD-R (such as JVC and Verbatim brands) which are properly stored can be a reliable way to store photos long-term. (This is assuming that you are using another backup medium also)

I am trying to format my SD memory card but my computer keeps on informing me that "the format did not complete"?

Many generic formatting utilities provided by computer operating systems format your card in a less than optimal way or will not be successful in formatting the entire readable area of your card. You could try formatting the card with your camera. If you really want to format using your computer, you can download the SD Formatter from the SD Association website. www.sdcard.org.

Following this advice can help you avoid using the services of a data recovery company!.